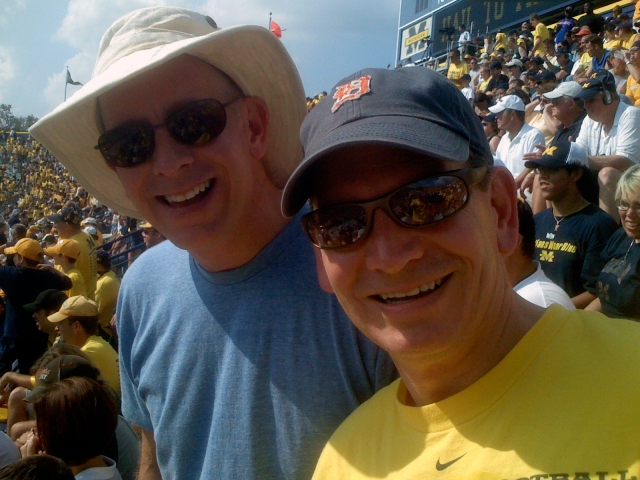 With my bro at a UofM football game

And now, a brief pause from the regular program of list items for a message from our sponsor. Or at least “a” sponsor. I want to talk about Tilley hats and a tale of amazing customer service.
1About ten years ago I purchased a Tilley Hat. It was made from hemp, and was sort of expensive for a casual hat — about $80. It was well made, it floats, has a secret security pocket, and was my nearly constant summer companion. Beyond functionality, the product and the Canadian company that makes the hats is just plain cool. For example, Tilley hats come with a set of “brag tags” that owners are encouraged to give to those who might be curious about the hats. I distributed my first set some ten years ago, within six weeks of buying the hat. And yes, a few fellow Tilley owners have approached me to ask if my hat was a Tilley, and to share a story or two. Here are a few tags; check these out… in a way, it’s a very original form of Social Media and brand evangelism.

Another one of the intriguing reasons why I bought a Tilley was the impressive guarantee that comes with almost every hat they make — if it’s lost, stolen or destroyed in the first two years, they will replace it at 50% of the current price. Maybe that confidence motivated me to use the hat as often as I did: 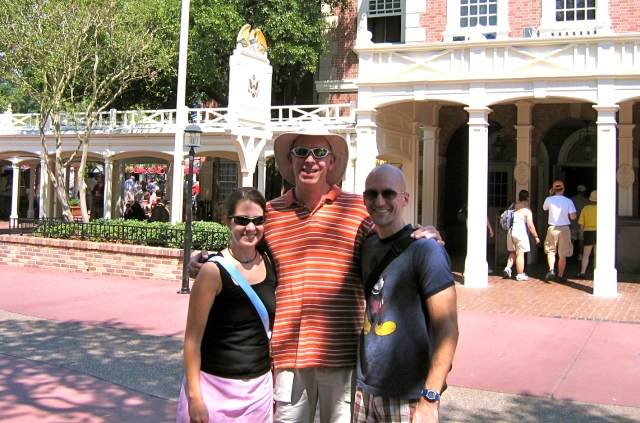 The hat has been to some 35 states, several national parks and one Magic Kingdom.
It’s influence is considerable: For instance, the hat made me stop and hug these two complete strangers. 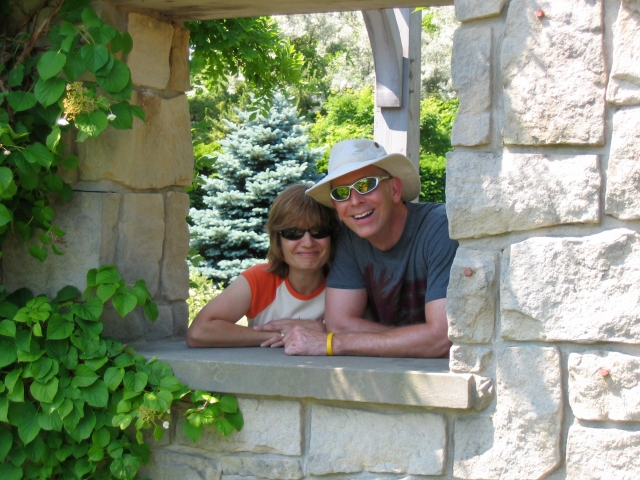 Couldn’t you just see this as the insert for a picture frame you would buy at Target?
All credit to Mrs. Deal: Having Jan around makes any photo that much nicer. 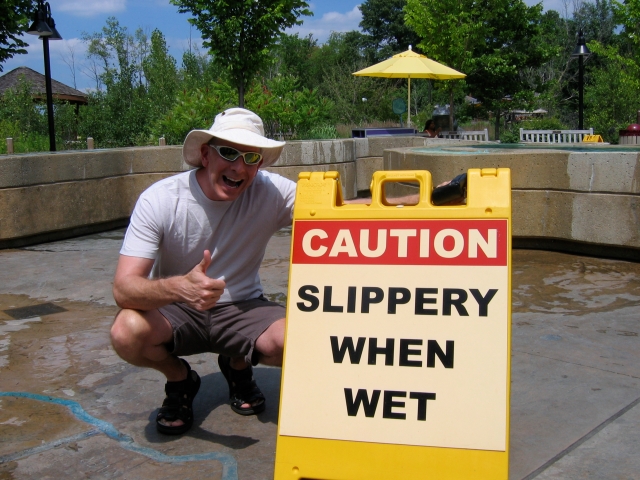 Sadly, the hat didn’t prevent me from appearing in silly shots like this… 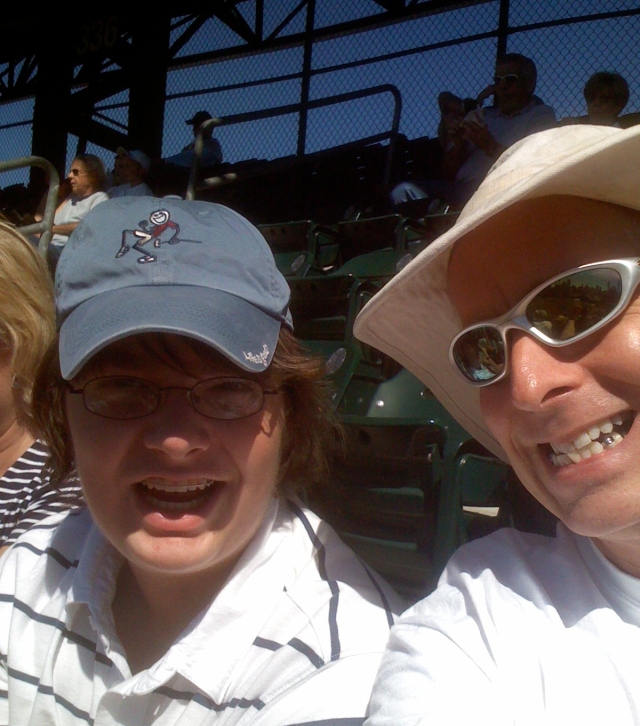 … or making silly faces. I have to assume that, since we were at a Tigers game, Scott and I were growling here.

The replacement guarantee is great, but if you don’t lose the hat, it’s even better. Should your Tilley ever wear out, they will replace it with a new one. Free. All an owner does is send the old hat back and pay $7.50 for shipping. After a long and fruitful life, my well-worn Tilley had started to fall apart. It was even separating from the brim in a couple of spots. It’s not like I didn’t get my money’s worth; still, I wasn’t sure if the guarantee would cover normal wear and tear. But it did. I received my new hat (current value: $84) in about a week.

One issue; the company stopped making the Hemp Hat in the natural color; all they make now is a “cocoa” colored model. But that is just fine with me, and I really like the look of the different color. So that’s how the Tilley hat people do business. Kinda cool, huh? 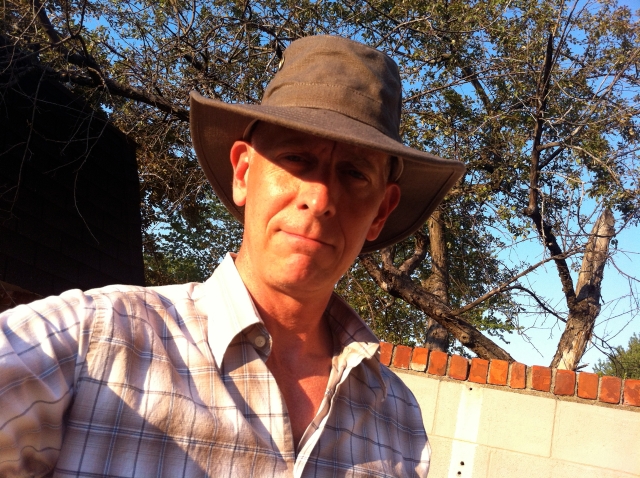 #11: Illegal Pyrotechnics… Depending on Your Village, Township or City, Your Mileage May Vary. 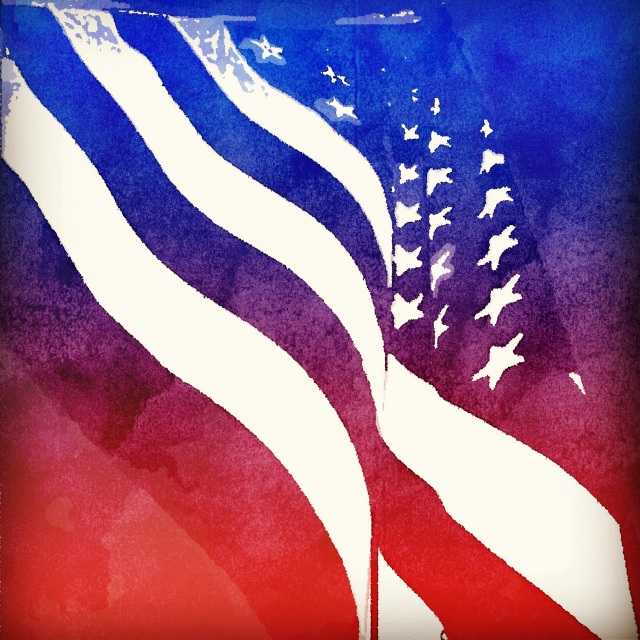 So… here’s a salute to all things July 4.  This year I was able to stretch the holiday into the better part of a week, starting out with the 20th annual Salute to America at Greenfield Village on July 1.  The Salute features a concert by the Detroit Symphony Orchestra for 5,000 folks in Walnut Grove, and is capped by real cannon fire during the 1812 Overture and a fine fireworks display.  It was a perfect evening, and John C, my brother Scott and I had a fine time. As always, click the photos to get a better view of them: 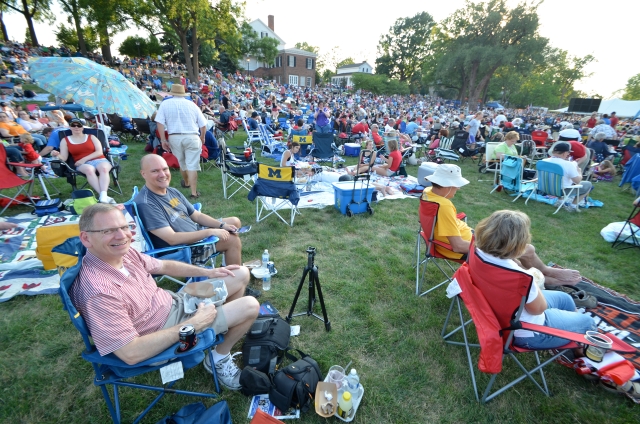 Messrs Cady and Hensler enjoying the evening with a few close friends. 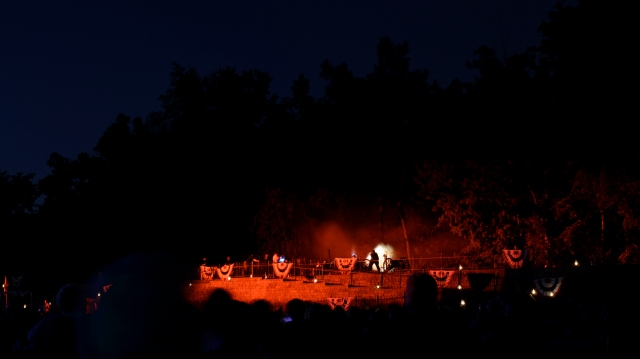 Cannons were fired during the 1812 Overture. Many forest squirrels had their minds blown that evening. 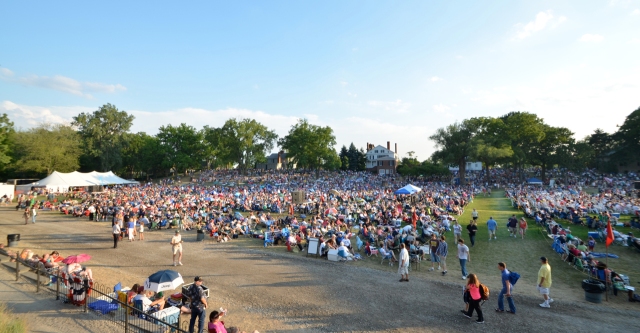 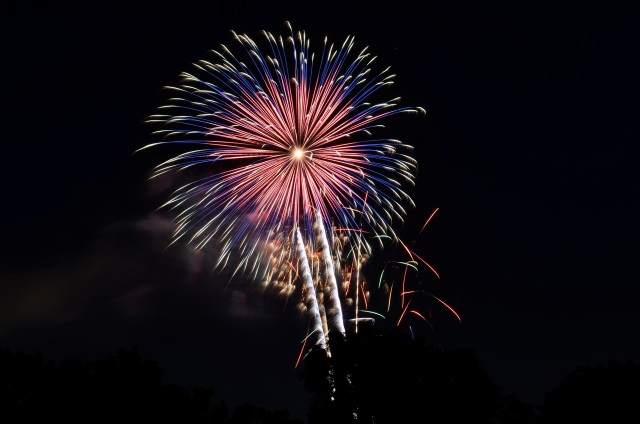 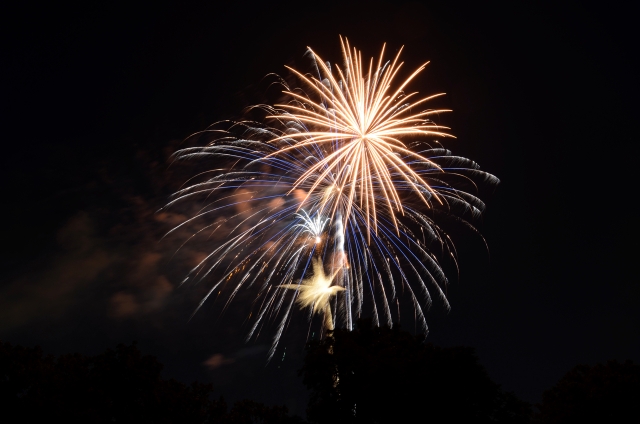 … is well worth the wait.

I also attended the fireworks display in Ada on the 4th itself; for a small town they really have a nice show. Plus it gave me further excuse to play with my new camera. 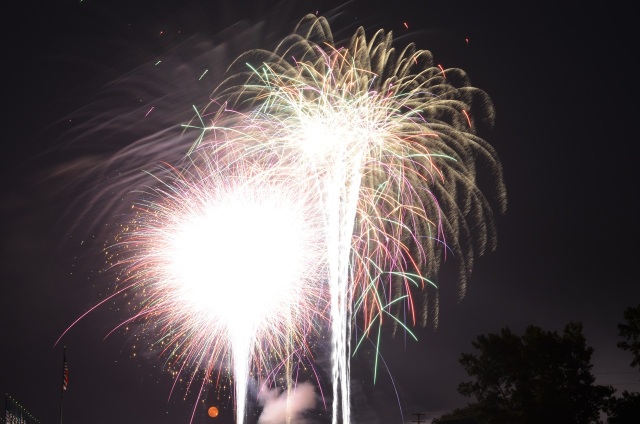 Part of the Ada finale.

With the heat wave continuing to impose itself on us, the best refuge was in the waters of Lake Michigan, and so it was an even better time than usual to hang out with the Brysons, as they have a boat. Not to mention accommodations that defy description. 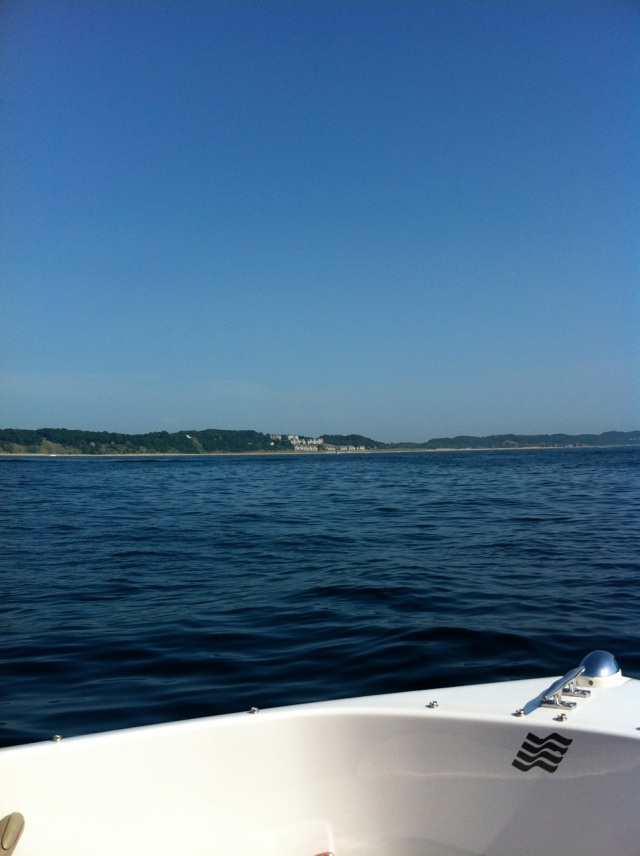 As the temps climb into the triple digits, this is really the only view you want on a hot summer afternoon. 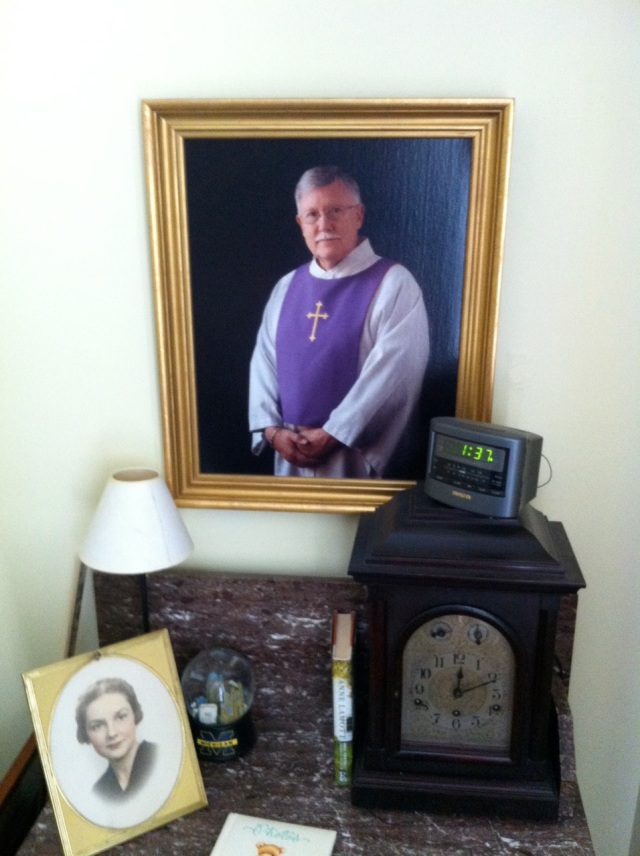 Guests of the Bryson family are privileged to stay in the lavishly-appointed Pope Gregory Suite.

But the reason for the blog entry: #11 is to fire an illegal firework on the 4th of July.  Well, the fireworks laws in Michigan have softened a bit in the last year or two, so purchase of formerly banned fireworks is now allowed, nay… encouraged. Whether it is OK to fire them off is dependent on the ordinances of the individual city or township.  I didn’t bother to check with Ada, so at least we felt somewhat devious as we played with matches.  At any rate, Ada is like the rest of the state of Michigan this summer of 2012 — it’s dry as a bone.  The Catheys live in a rather heavily forested area, and I really didn’t want to risk a neighborhood conflagration, so we let off a few spinning “Crazy Eyeballs” in the driveway.  Still looked pretty cool: 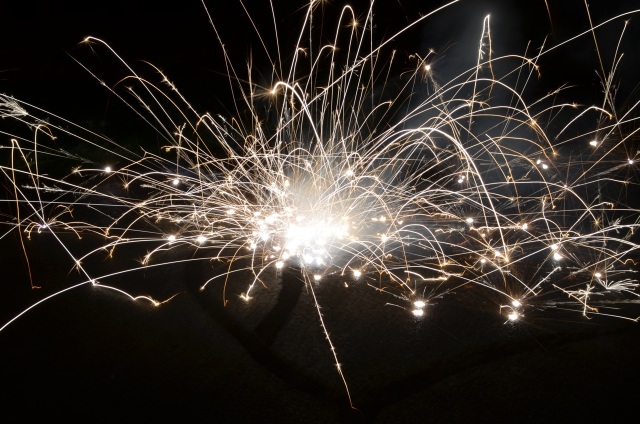 Well, that’s one crazy eyeball for you… 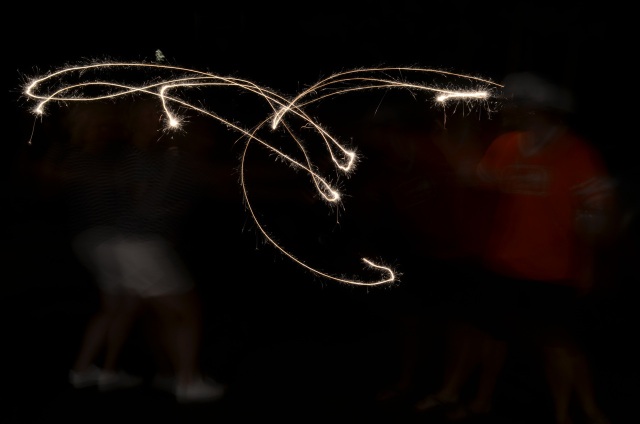 Plus there was a bit of a wand battle between mother and son.

So, it was a fun few days.  Thanks to Tom, Jana, Scott, Holly, Dawn, Bill, Michelle, Grace, Joel… good times. 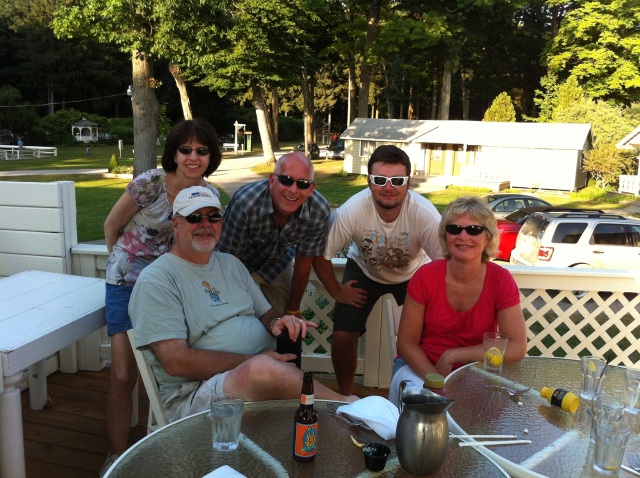 After an enjoyable dinner on the deck at Michillinda Lodge 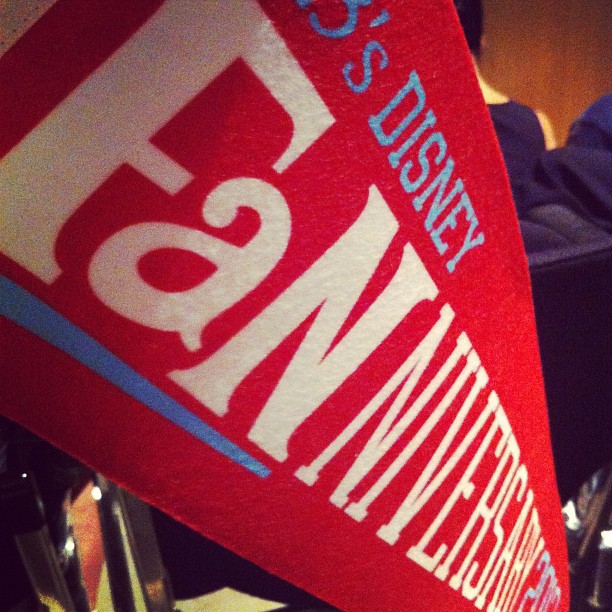 #23 on the list is attending a D23 Event. You might be wondering what D23 is. It’s the name of the “official” Disney fan club (the 23 refers to 1923, the year the Company was founded by Walt). I’ve been a member of D23 for a few years now, and for me it’s well worth the membership fee, which includes a slick, oversize magazine and offer some exclusive events. Most of these gatherings are at the theme parks in California and Florida, but this year D23 is going “on the road” with a series of events dubbed “Fanniversary.” I haven’t had the chance to attend an event at WDW or Disneyland yet, so when D23 announced one of the events would take place in Chicago, it was an easy sell, being just five hours away in Motown. I contacted my friend Jonathan, a fellow D23 member and all-around Disney Geek, and we made plans to go.

The event was held at the Museum of Contemporary Art in Chicago, and basically consisted of a 90-minute show/presentation in which various Disney entities that had a milestone anniversary were commemorated.  For example, 2012 marks the 75th anniversary of Snow White and The Seven Dwarves, the 85th for Oswald the Lucky Rabbit, the 45th for the Pirates of the Caribbean attraction at Disneyland, and the 20th anniversary for Disneyland Paris, among many others.  Sometimes this was done with a simple acknowledgement, but more often it was accompanied by some rarely seen behind-the-scenes artwork, video, or even a recollection by one of the artists or Imagineers who helped produce the honoree.  As an example, for Pirates the video included a pre-opening ride-through, plus some unintentionally hilarious footage of the 1967 media day preview events.  The narration by the D23 hosts, Steve and Billy, was also fun.

In addition to the well-known, a few anniversaries were for items that were completely unknown to me, like the 1967 musical The Happiest Millionaire.  It was the last film that Walt himself was involved with, and he passed away during its production. It’s available for rental via Amazon Instant Video, so it might be worth checking out.

It’s the 30th anniversary of both Tron (which I fondly recall being wowed by during a vacation to Cali in 1982) and Epcot itself. Actually, the brief glimpse of a behind-the-scenes video we watched about Epcot was a just tantalizing tease for a much larger event, a day-long 30th Anniversary event to be held on site at the park on September 30th.  I’m still contemplating if I can make it to that one or not.  It  certainly looks like an Epcot geek’s dream come true. 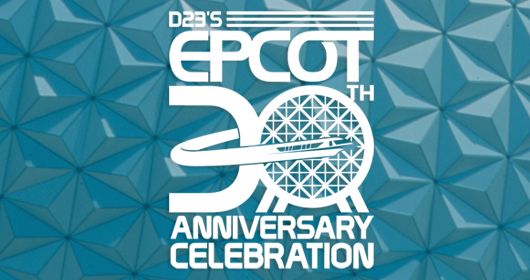