All right, time to update the blog… been way too long since the last entry.

We’ll begin with list item #2, visits to National Park Service units. In July, as part of the mini roller Coaster Tour, we spent some time at the Lincoln Boyhood National Memorial. Much more than just a cabin in the woods, it’s an expansive area with a very nice visitors center and museum. Lincoln spent fourteen years here, from 1816-1830. The introductory film is even narrated by Leonard Nimoy. 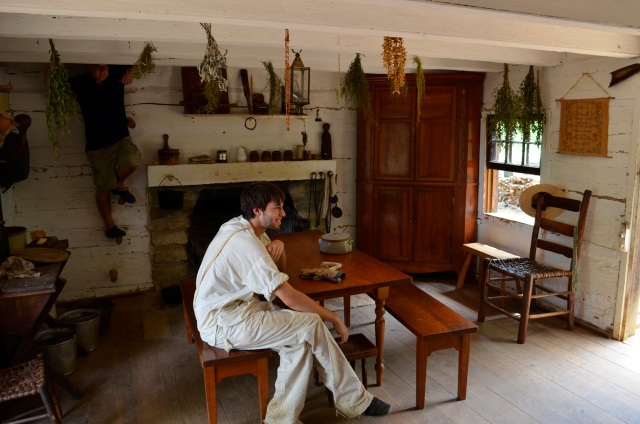 One of the more unusual features of the park is the Trail of Twelve Stones. It’s a trail winding through the woods with twelve stops, each with a stone that was important to Lincoln’s life. For example, stones from the original foundations of the White House and the Capitol, bricks from Mary Todd Lincoln’s birthplace and Abraham’s birthplace, a large block from the house where he wrote the Emancipation Proclamation… and even a stone from where he delivered the Gettysburg Address.

One of the plaques identifying the stones… this one is Gettysburg.

…and myself seated upon it. I know, rather unexciting. 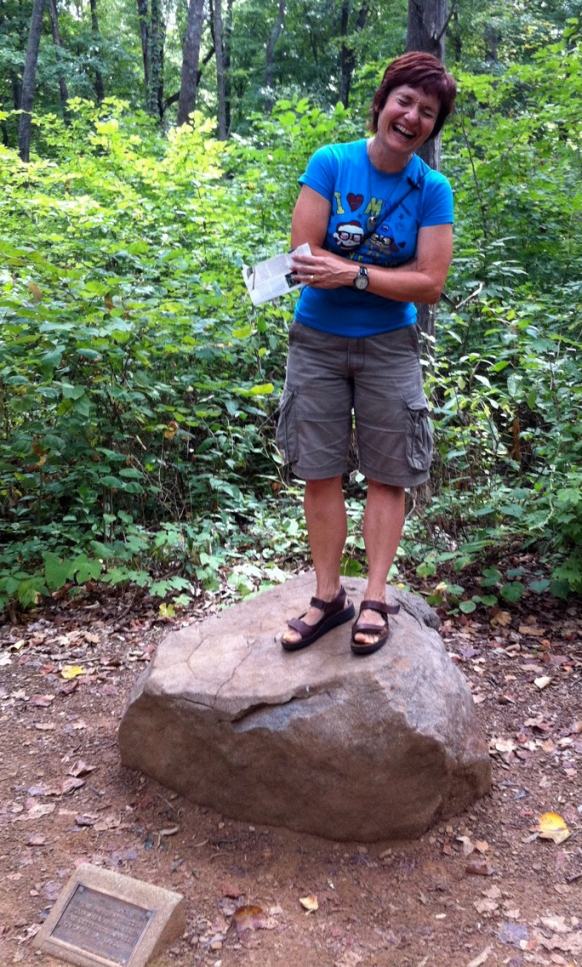 … and Jan standing atop said stone.

I can’t help but smile if Mr. Lincoln could have known that not only did the town closest to where he spent a large chunk of his life would be called Santa Claus and include some of the best rollercoasters on earth, but that his biographical portrait would have been narrated by a beloved sci-fi icon. 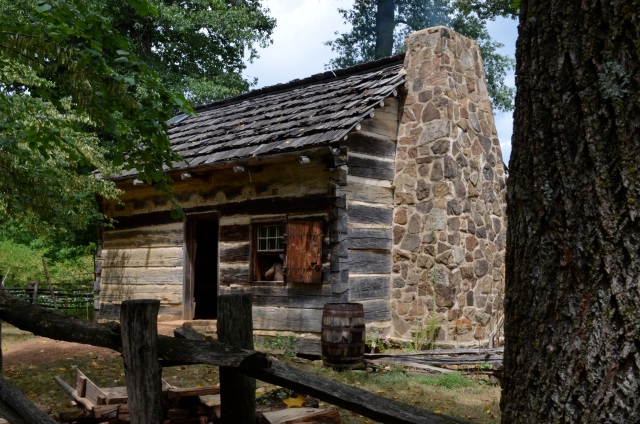 The re-creation of Lincoln’s boyhood residence.