Spending some time out East while teaching at Antioch offers the opportunity to visit some friends (Jay and the CIA [no, not that CIA]), and hit a few more NPS units. Hence, a trip to Hyde Park, NY to the FDR Home and Presidential Library and Museum. It’s a unique presidential library for a few reasons… it’s the first library to be used by a sitting president, and as it was in use during his administration, the offices and rooms where FDR broadcast several “Fireside Chats” are preserved as they were during that time: 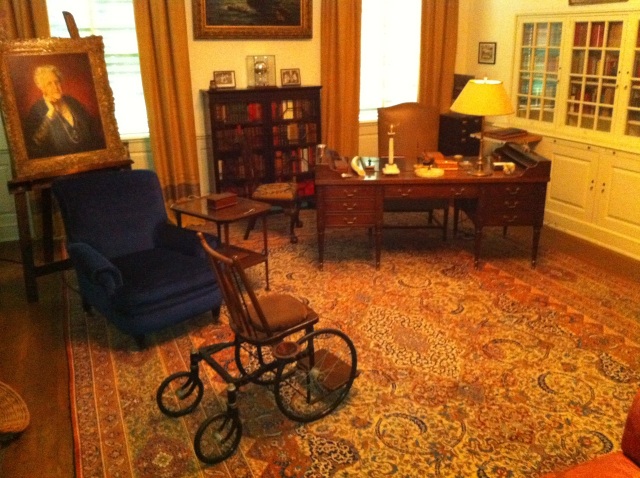 This desk (pictured below) from the Oval office was built in Grand Rapids, originally for Coolidge or Hoover.  FDR continued to use it, even as he re-constructed the Oval Office to the room we know today.  He moved the Oval to the corner of the West Wing and added those doors to the outside veranda for greater accessibility in a wheelchair.  To think I had thought they were just there so President Bartlet could go out for a quick smoke. 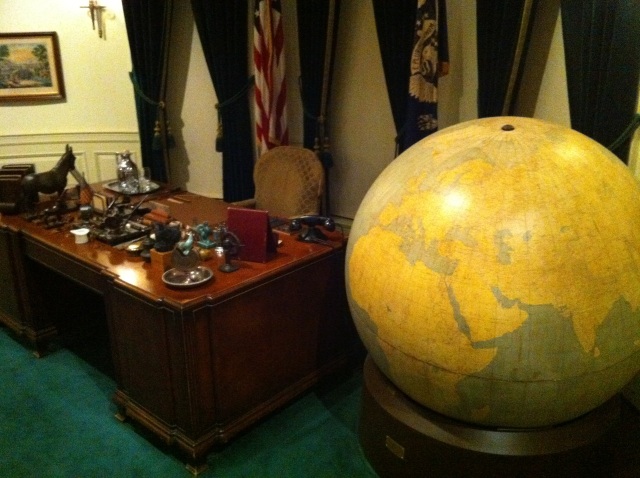 The globe is, well... large. Perry Gaglio would be jealous.

There’s a large collection of impressive artifacts on display, such as this note from Theodore Roosevelt eagerly agreeing to walk his niece down the aisle for her wedding to Franklin. Apparently the area was fairly lousy with Roosevelts! 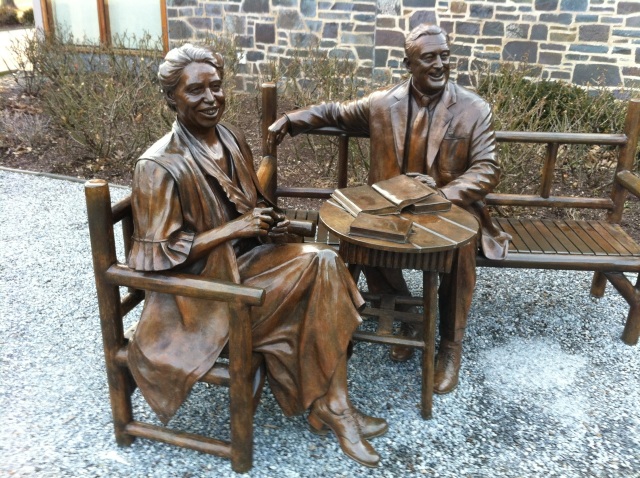 No photos allowed inside the house, but it's where FDR was born, where he watched all four election nights, where Churchill and others planned war strategies; an amazing amount of history.

I also took a tour of the Vanderbilt Mansion, which was also very impressive… but no photos allowed inside. Oh well.

Part-time blogger, full-time geek from southeastern Michigan. Disney fan, cyclist, watcher of too many movies for my own good.
View all posts by John →
This entry was posted in museum, national parks, presidential and tagged FDR, National Park Service, nps units, Presidential Library. Bookmark the permalink.